A Look Back at MRCC’s First Year in Legal Cannabis.

The picture above marks the beginning of a movement rooted in a collaborative effort to repair the damages caused by marijuana prohibition. All four founders derive from organizations like Students for Sensible Drug Policy and the Cannabis Cultural Association.  Together, the quartet organized communities to register voters, knock on doors, table on campus, and make thousands of phone calls urging voters to support the Yes On 4 Campaign to Regulate Marijuana Like Alcohol. On November 9, 2016, history was made; marijuana was legalized in Massachusetts.

Most people hope to become part of the legal industry by acquiring some sort of cannabis business license. However, after the successful ballot initiative, legislators began showing signs of push-back against the will of the voters. Simultaneously, many towns began implementing bans and moratoriums. We realized the need for a group that would continue to fight for the cannabis community. In an emerging industry filled with corporate lobbyists and highly paid attorneys, who was going to ensure the people of Massachusetts had a seat at the table?

In January 2017, the Massachusetts Recreational Consumer Council was established as a non-profit 501c(4). We went from “Social Justice Activists” to “Lobbyists For The People,” and pledged to actively connect the people of Massachusetts, aspiring cannabis businesses, and state and local legislators. Since MRCC’s formation, we’ve traveled around the Commonwealth informing communities about the changes in marijuana legislation, safe and responsible adult-use marijuana consumption, and the need for local participation to represent community interests.

This past year, MRCC has participated in more than 20 speaking arrangements, hosted 8 events, and maintained complete audio and video coverage of Cannabis Control Commission and Cannabis Advisory Board public meetings. Through educational community events, we’ve been able to achieve a more transparent adult-use cannabis industry. Below are some of our favorite moments of 2017.

Proper regulations are vital for a successful legal cannabis regime. This panel featured leaders of organizations working to improve recreational cannabis legislation,  explored pitfalls and opportunities of existing regulations, and how individuals and corporations can play a role in influencing sensible marijuana policy.

The annual Cambridge Freedom Run is usually sponsored by local craft beer companies. 2017 was the first year the race was sponsored by local cannabis companies. MRCC represented legal cannabis consumers in our state. We ran for “Freedom and Local Weed” to remove the “lazy stoner” stigma and encourage home grown, local canna-businesses, and education. 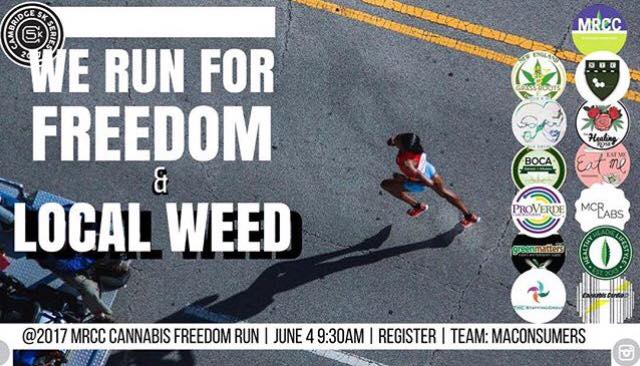 The reason MRCC  was created can be seen in these pictures below. Shortly after the successful ballot initiative, legislators began showing signs of push-back against the will of the voters during the compromise bill conference committee between the House and Senate. MRCC will always advocate on the behalf of constituents who voted YES on 4.

Home Grown Boston is a meet-up for cannabis growers, edible producers, and marijuana consumers in Dudley Square. You can learn how to legally grow plants in your own home or share your growing experience with others. 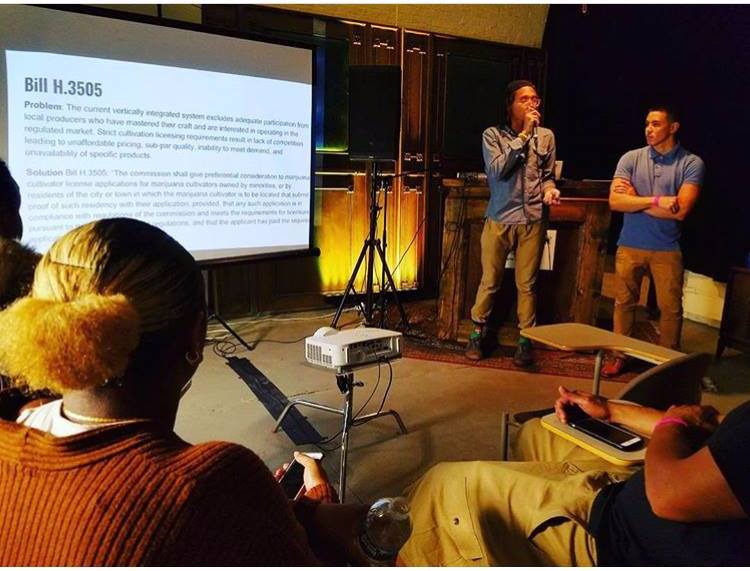 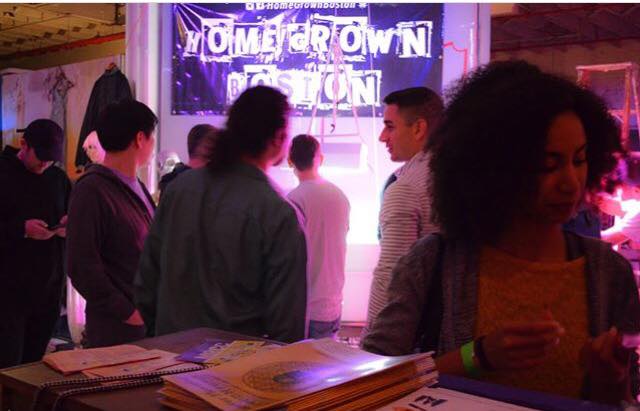 The Cannabis industry is set to boom in the next few years. We need to make sure women of color have the resources and information we need to take advantage of the new Marijuana legislation in MA. 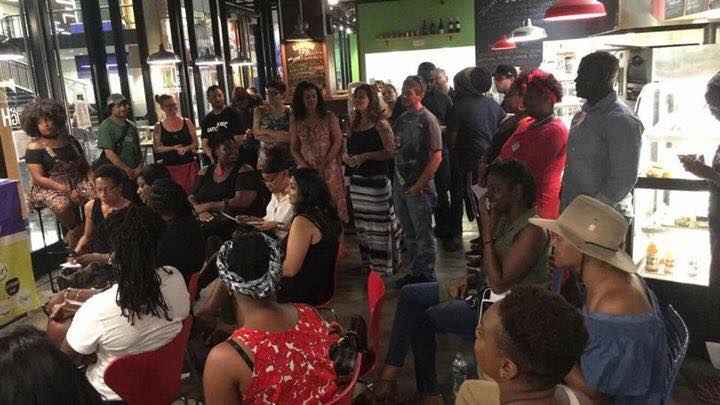 MRCC gave a brief summary on the co-operative section of the law as well as the process of municipality implementation through a set of two panels. 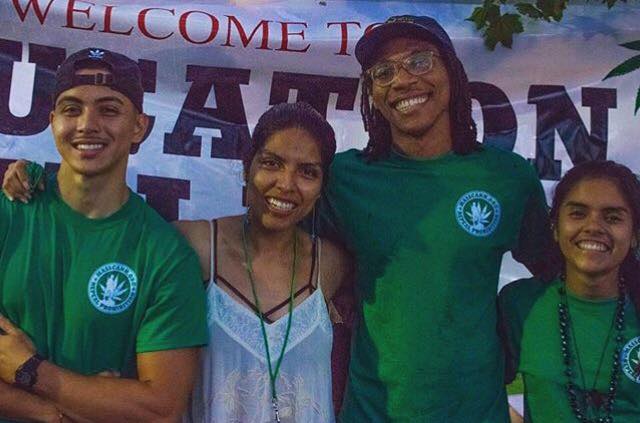 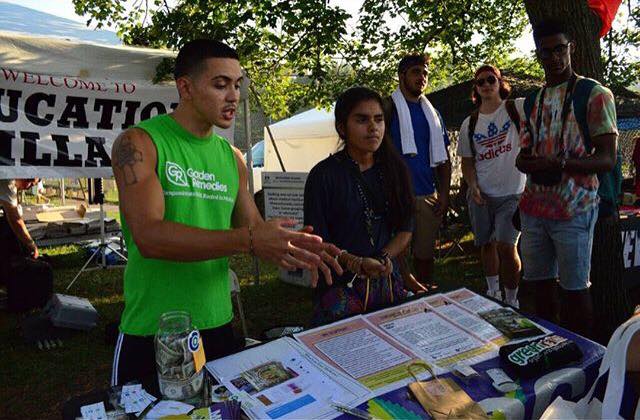 After a successful legalization campaign, marijuana is now legal for adult-use in Massachusetts. Do you know the new marijuana laws? MRCC and SSDP came together to present MA’s first marijuana educational campaign, Consume Responsibly Massachusetts 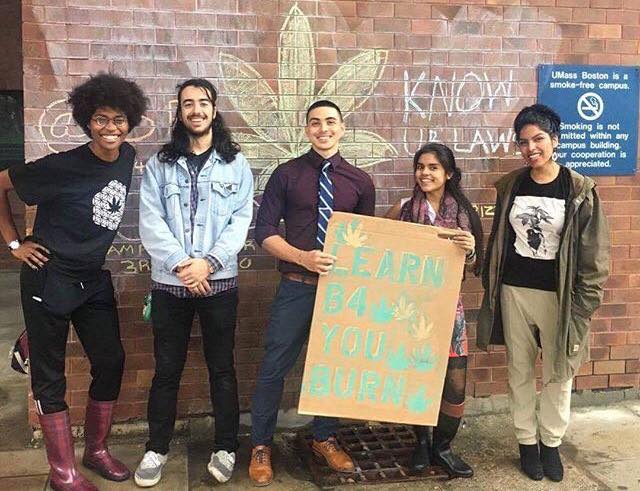 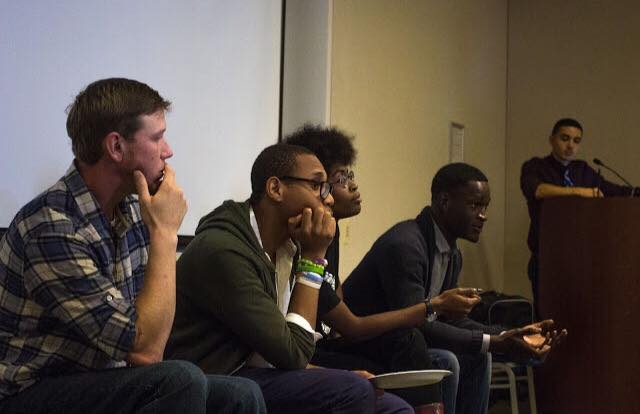 MRCC and SSDP came together for an educational event regarding record sealing for previous marijuana offenses and convictions. The panel speakers spoke about the developing CORI legislation and how the community can collectively work towards the humanization of formerly incarcerated individuals. 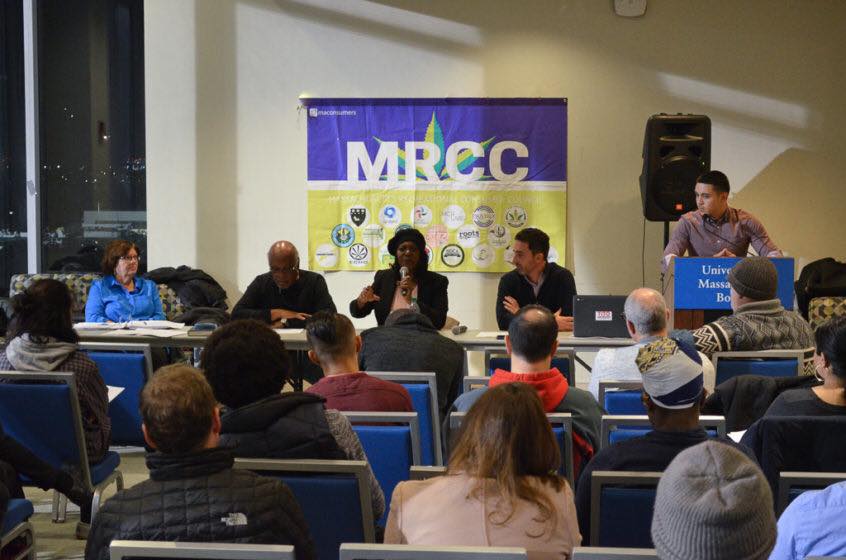 9.) “Still Human, #LobbyDay: A Call for the Humanization of the Formerly Incarcerated”

MRCC, Students for Sensible Drug Policy, the Coalition for Social Justice, and the Jobs Not Jails campaign rallied at the Massachusetts State House steps for criminal justice reform. We met our individual state representatives to encourage provisions in the developing criminal justice reform legislation. The more public support, the closer we’ll get to making marijuana expungement a reality in Massachusetts. 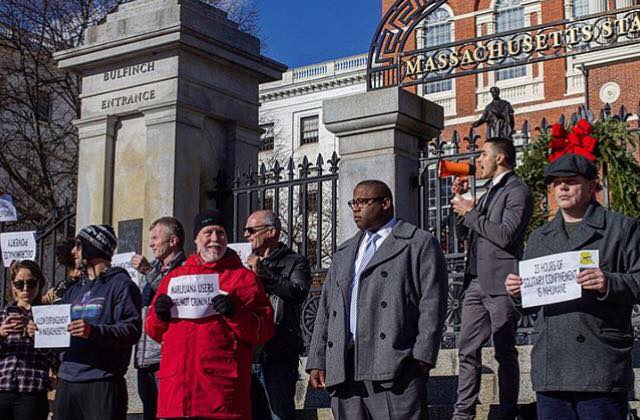 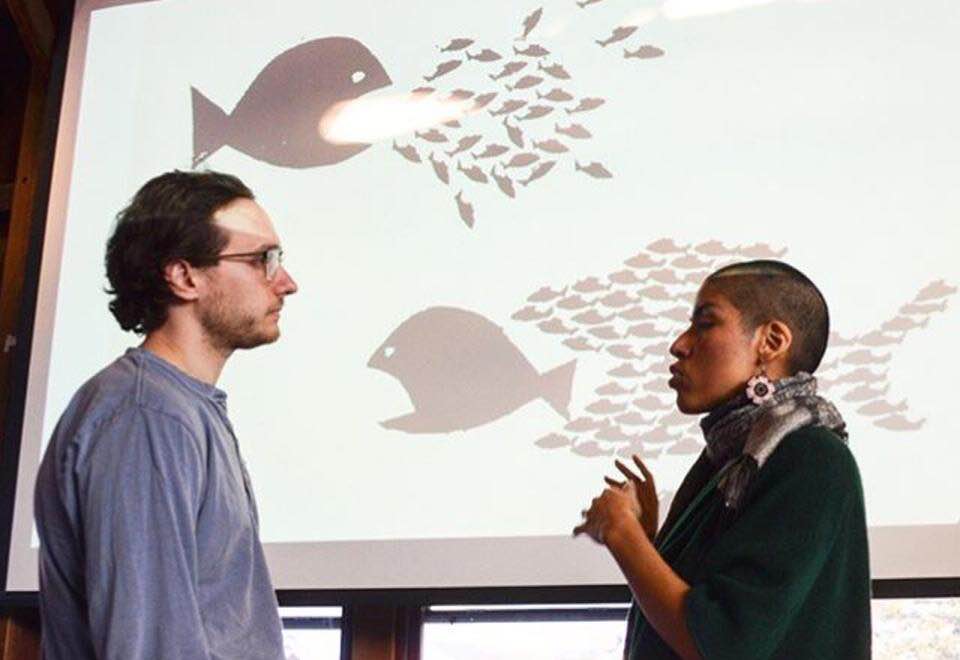 These events helped bring awareness to local communities. We must work together as a community to create a safe responsible cannabis industry in MA.

We want to give a special shoutout to all of the incredible organizations MRCC has partnered with to accomplish our goal and our mission:

Thank you, it takes a community to make it happen. A special thank you to our advisors as well. We look forward to facilitating conversations and educating the public through more events and collaborations in 2018. 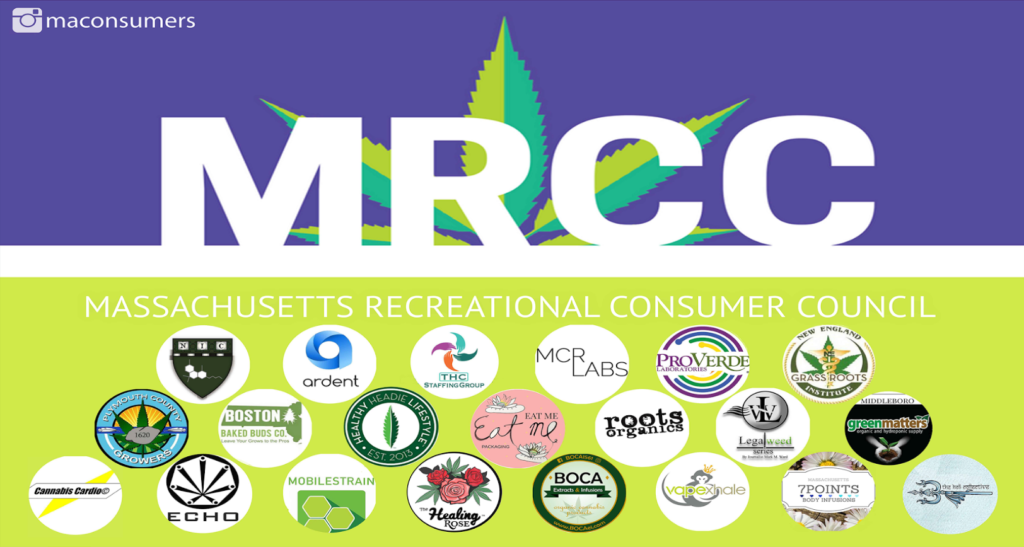 If you live in Massachusetts and are interested in becoming involved in your town’s local marijuana industry, contact us about being a Consumer Advocate in your town. You can reach us through Joe@Massreccouncil.com. 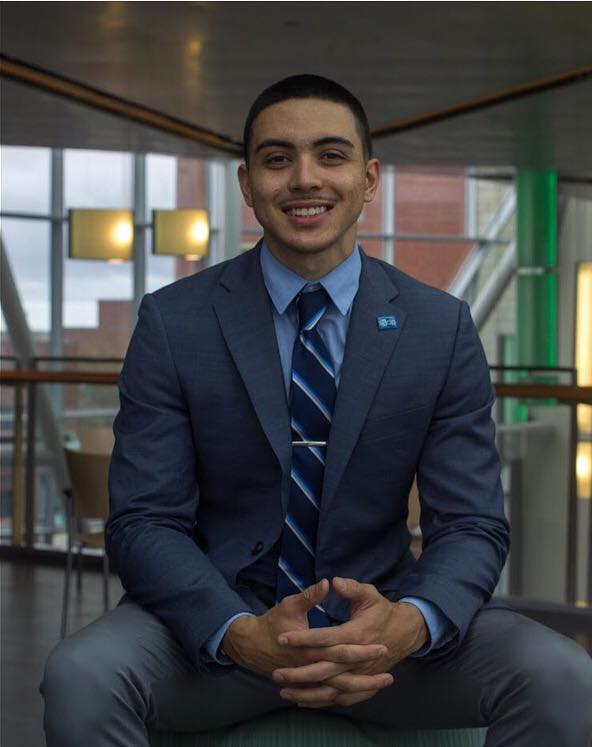 Joe Gilmore, is lifelong resident of Boston, Massachusetts. He serves as the Director of Community Outreach for the Massachusetts Recreational Consumer Council. Joe works to engage community members who are interested in advocating for a safe and inclusive marijuana industry. He is employed as a patient care advocate at Garden Remedies, a medical marijuana dispensary in Massachusetts. As founder and President of Students for Sensible Drug Policy at UMass Boston, Joe mobilizes students to create educational events that facilitate conversations regarding compliance, safe and responsible marijuana consumption, and solutions to repair communities most harmed by marijuana prohibition. Joe spends his time working with MRCC promoting community involvement to help create an informed, well-regulated, and equitable cannabis industry.

Did you find this information useful?
What would you like to know more about? Comment below and become a member, to receive more information like this and more. The Massachusetts cannabis industry is quickly expanding, we can keep you updated!