The event addressed struggles faced by individuals after serving time, and offered solutions to integrate local community members back into society. Discussion was centered around employment, secure housing, and access to education for those who have been branded with the stigma of incarceration.

Repairing Social Injustice
Speakers from Greater Boston Legal Services, Union of Minority Neighborhoods, and EPOCA (Ex Prisoners and Prisoners Organizing for Community Advancement) detailed their experience leading campaigns like “Jobs Not Jails,” a campaign responsible for the initial CORI reform in Massachusetts. In 2016, the “Jobs Not Jails” campaign successfully pushed provisions to cut waiting periods for record sealing down to 10 years for felonies and 5 years for misdemeanors. However, these amendments don’t go far enough and further reform is necessary. Each representative stressed the importance of local civic engagement in order to salvage the lives of our family, friends, and community members who have CORI records impeding their ability to advance their lives.

Sealing Past Marijuana Crimes
In Massachusetts, cannabis businesses are projected to profit handsomely from the newly commodified plant. So the question remains: What about all the people arrested on the road to end marijuana prohibition? Currently, anyone with a marijuana-related arrest or conviction is eligible to seal their record simply by submitting these forms to the Boston Municipal Court Department (BMCD). Sealing helps with certain job prospects, however, Cassandra Bensahih from EPOCA noted that despite sealing, arrests on your record are still visible by state and federal agencies. This raises the importance of record expungement. Unlike record sealing, expungement completely erases the charges. There is currently a House Bill and a Senate Bill in need of public support that would allow for expungement and other provisions.

Justice Reform Initiatives in Massachusetts
Bill H.4043 and Bill S.2200 create improved access for record expungement, raising the juvenile age to 19, reduction of mandatory minimum sentencing, bail reform, raising the current threshold for larceny as a felony from $250 dollars to $1,500. Currently, the House and Senate are in conference committee, this gives members of the community time to advocate for amendments they wish to included in the final bill.

So What Can We Do?
We must be the voices for the voiceless and fight for those who are most vulnerable. This can be accomplished by making sure that your local legislators and representatives understand the importance of these amendments. Join us for a lobby day! We are calling for a Day of Action on December 7th, 2017.

Join Students for Sensible Drug Policy, Jobs Not Jails, the Coalition for Social Justice, and the Massachusetts Recreational Consumer Council on Beacon Hill to address our legislators. Together we can create a more equitable and just future in Massachusetts. If we want our interests to be represented, we must be at the table while policies affecting our communities are developed.

We will meet December 7th
TIME? 11:30am
WHERE? Massachusetts State House Steps.

We will meet at 11:30am on Thursday December 7th to rally on the Massachusetts State House from steps.

At 12:00pm, we will meet our individual state representatives to encourage certain provisions of the bills. A fact sheet will be provided with the important amendments to anyone who wishes to attend. 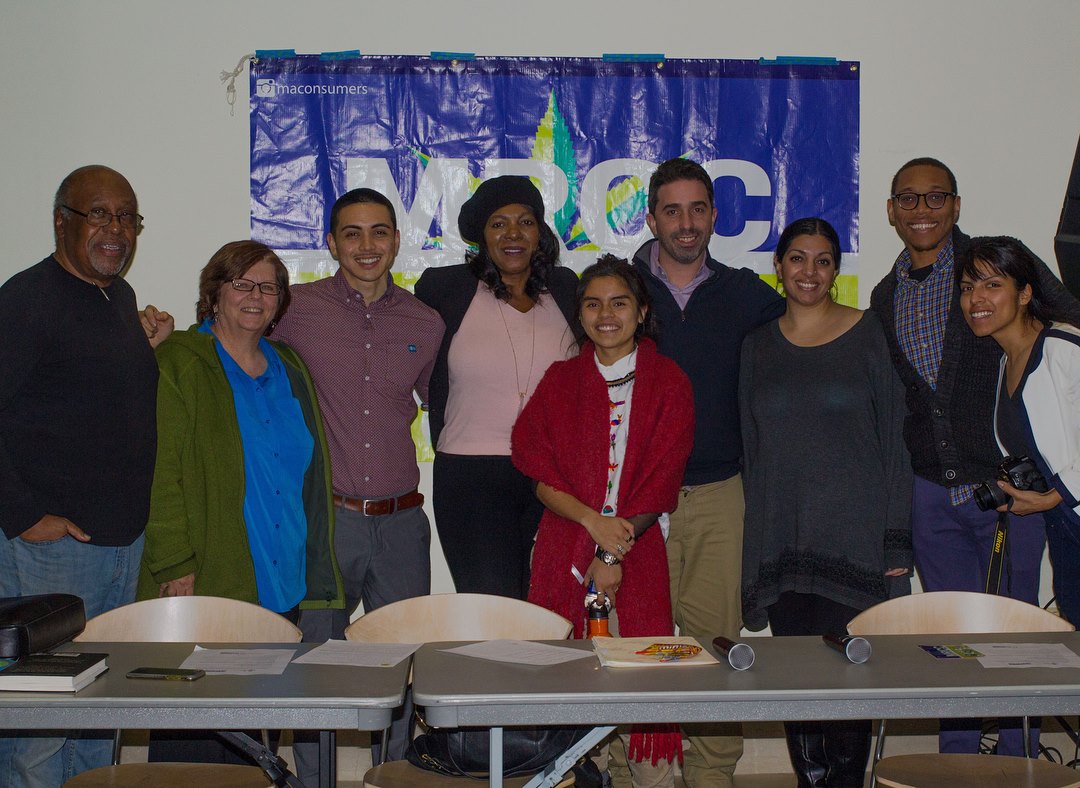