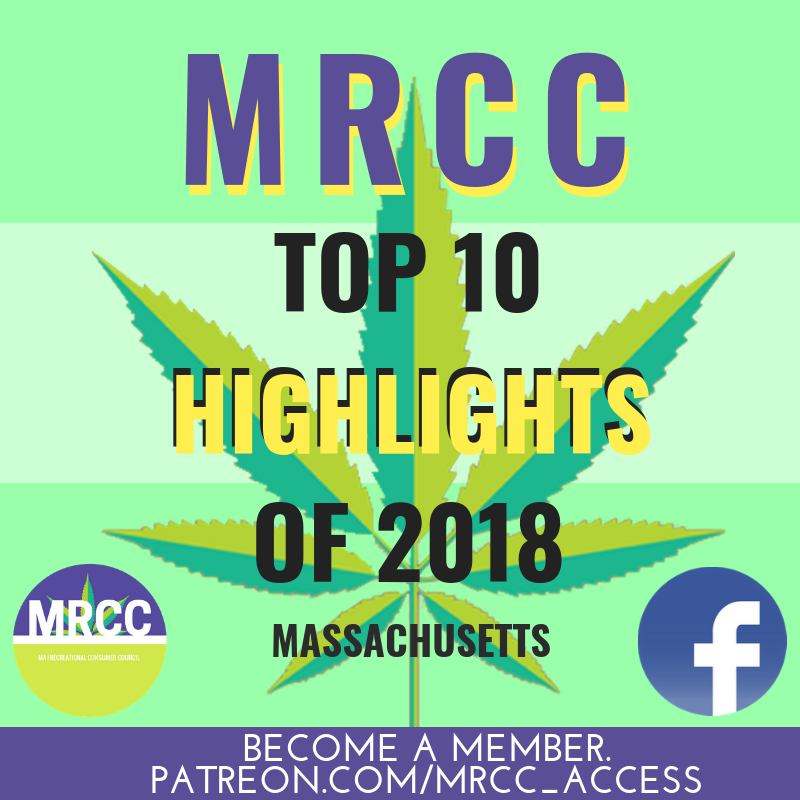 WHO ARE WE, THE PEOPLE?

In January 2017, the Massachusetts Recreational Consumer Council was established as a non-profit 501c(4). We went from “Social Justice Activists” to “Lobbyists For The People.” We pledged to bridge the gaps between the people of Massachusetts, aspiring cannabis businesses, and state and local legislators to promote transparency, equity, and local economy in the Massachusetts cannabis industry. 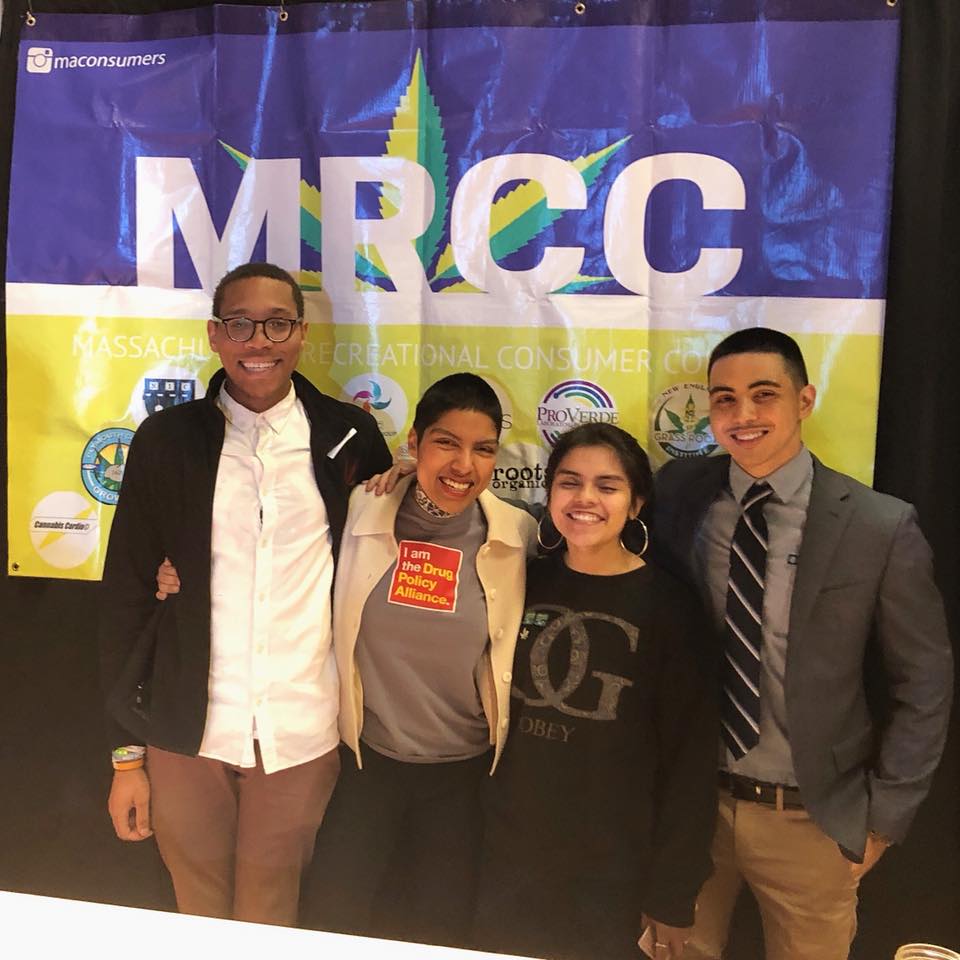 This past year, MRCC has participated in more than 20 speaking arrangements, hosted 8 events accross the Commonwealth, and maintained complete audio and video coverage of Cannabis Control Commission. Together, with the help of our members and the community, we’ve been able to achieve a more transparent adult-use cannabis industry. Are you ready for some of our favorite moments of 2018?

This is YOUR industry. 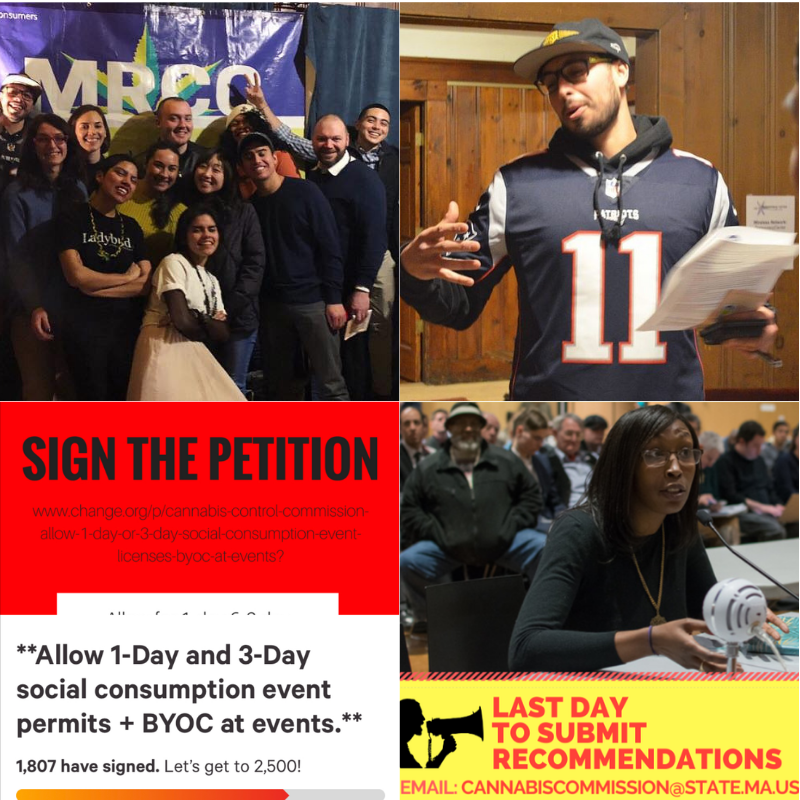 By January 2018, the newly formed Cannabis Control Commission had been drafting regulations and collecting public input from cannabis businesses and consumers.

In preparation for these statewide hearings, MRCC held public advocacy trainings, hosted podcasts, and created petitions to advocate for assistance for local entrepreneurs looking to enter the cannabis industry. We organized constituents in several communities to prevent bans and unreasonably restricted zoning for cannabis establishments. The result of our collective efforts led to new license types such as craft co-operatives, micro-businesses, social consumption, and delivery licenses! Want to stay involved? Stay updated and look out for calls to action by following our Facebook and Instagram pages.

Know your RIGHTS? It’d be a lot cooler if you did… 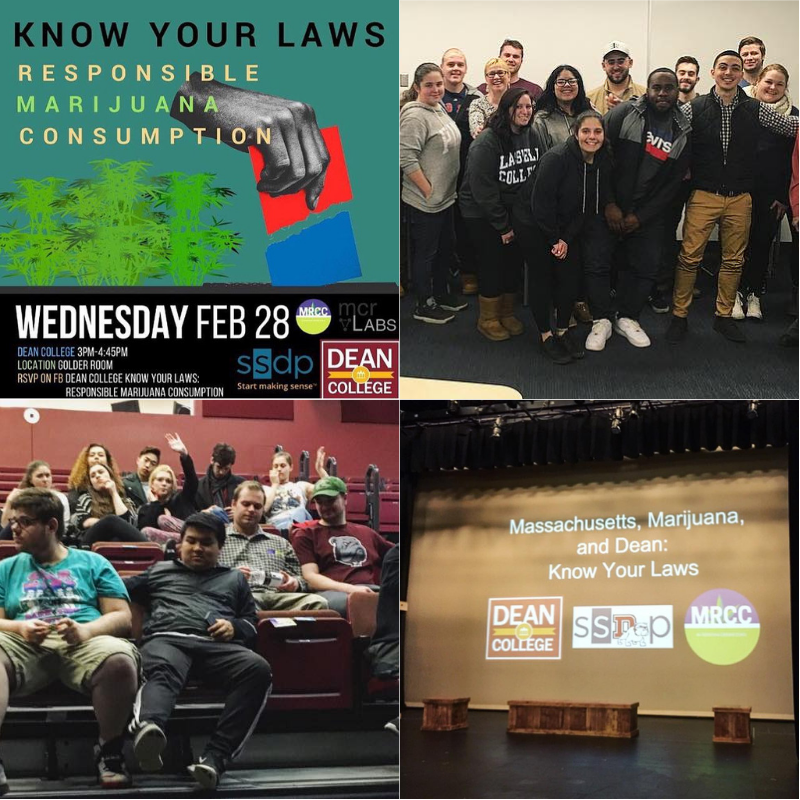 Though marijuana was legalized for adult-use, there’s still a lot of confusion as to what’s LEGAL and what’s NOT. Knowing that young people aged 16-24 are the most targeted age group for marijuana arrests, MRCC teamed up with Students for Sensible Drug Policy (SSDP) to host educational forums at Dean College, Northeastern University, Lasell College, and UMass Boston. Our purpose is to educate students on updated Massachusetts cannabis legislation, promote awareness, harm-reduction, compliance, and responsible marijuana use for adults. Want us to come to your school? Contact MRCC to have us present at your university and learn more about your rights as a Massachusetts cannabis consumer at ConsumeResponsiblyMassachusetts.com.

3.) Power in numbers, a formula for EQUITY

If you’re not at the TABLE, you’re on the MENU! 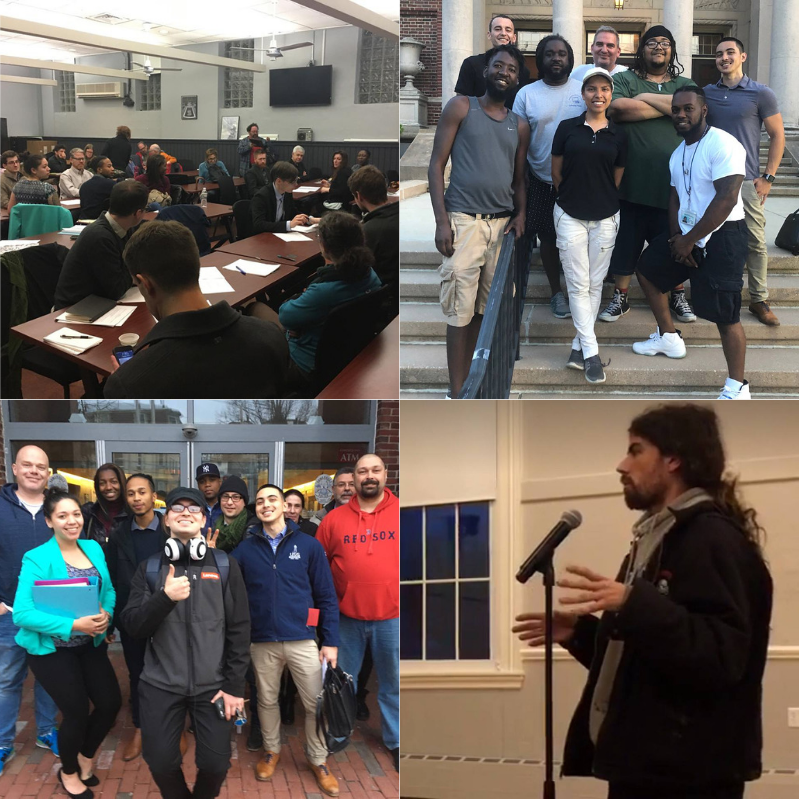 This year, over 350 Massachusetts municipalities/cities/towns created local zoning, bylaws, moratoriums, or bans on prospective marijuana businesses. This meant our communities had the opportunity to impact local regulations. While most civic meetings are dominated by the older N.I.M.B.Y. (not in my backyard) crowd, MRCC mobilized cannabis supporters across the Commonwealth to influence local rules in favor of inclusive marijuana regulations.

We BEAT the BAN in Brockton and Middleborough, and helped Somerville establish some of the strongest equity provisions in the state. How was this possible? The key is to outnumber the opposition. Prohibitionists have been using the same arguments for decades, which can be easily debunked by an organized coalition of educated consumer advocates. Want to start or join a consumer advocacy group and hold your municipality accountable? Contact Joe@massreccouncil.com to get involved.

ALL politics is LOCAL! 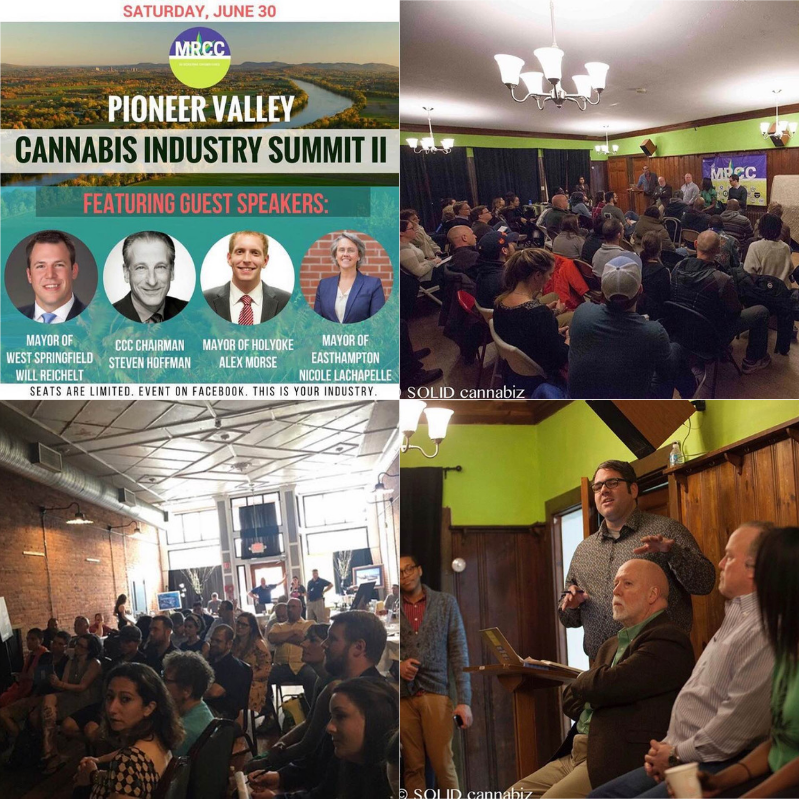 MRCC strives for community engagement and transparency as the cannabis industry develops. In this spirit, MRCC hosted several community education meetings around the state to keep residents informed on what is happening and how to make an impact.

From the Pioneer Valley Cannabis Industry Summit(s) to the Boston Marijuana Justice Training(s), MRCC is committed to connecting communities, cannabis businesses, and elected officials to provide a platform for education and dialogue about the legal cannabis industry. Want to come to our next event? Get the insights you need! 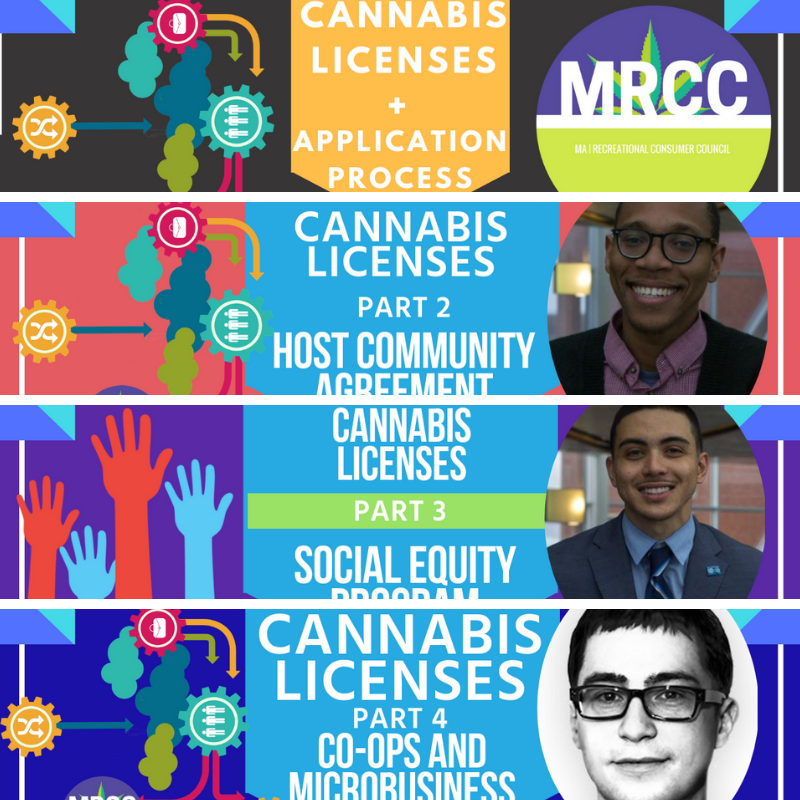 While MRCC hosts educational events around the state, we realize not everyone can be physically present. This year, MRCC began holding bi-monthly webinars for our $10 monthly supporters. These webinars cover helpful information about the adult-use licensing process. You now have the ability to receive cannabis entrepreneurial guidance from the comfort of your home or office! Want access to MRCC webinars? Become a member and get your questions answered at patreon.com/MRCC_Access.

We Run for FREEDOM and LOCAL WEED! 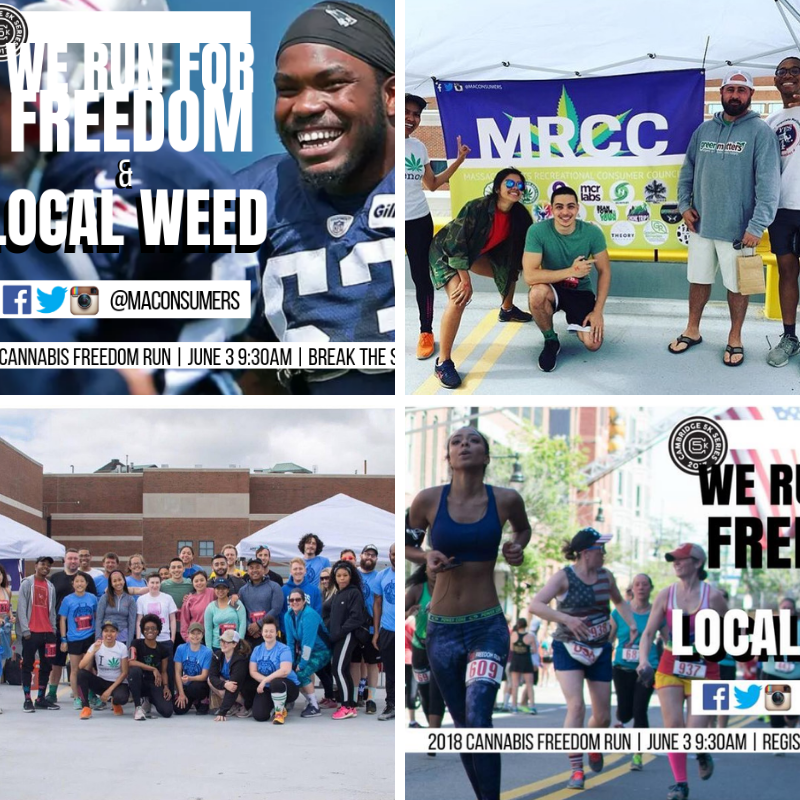 Who says stoners are lazy and unproductive? Tell that to the 70+ members of team @maconsumers who participated in our 2nd annual “Cannabis Freedom Run”, including former New England Patriots Super Bowl Champion Eric Martin!

While the Cambridge 5k is normally viewed as a “beer run,” Team @maconsumers is the first team to represent active cannabis users. This year we were the 2nd largest team in the race! Each team member sported our signature “weed socks” to break the stigma and celebrate pothead productivity. Join us next year in June 2019, let’s assemble the biggest team of weed-warriors & ganja go-getters this race has ever seen!

7.) INTEGRITY IN THE CANNABIS INDUSTRY 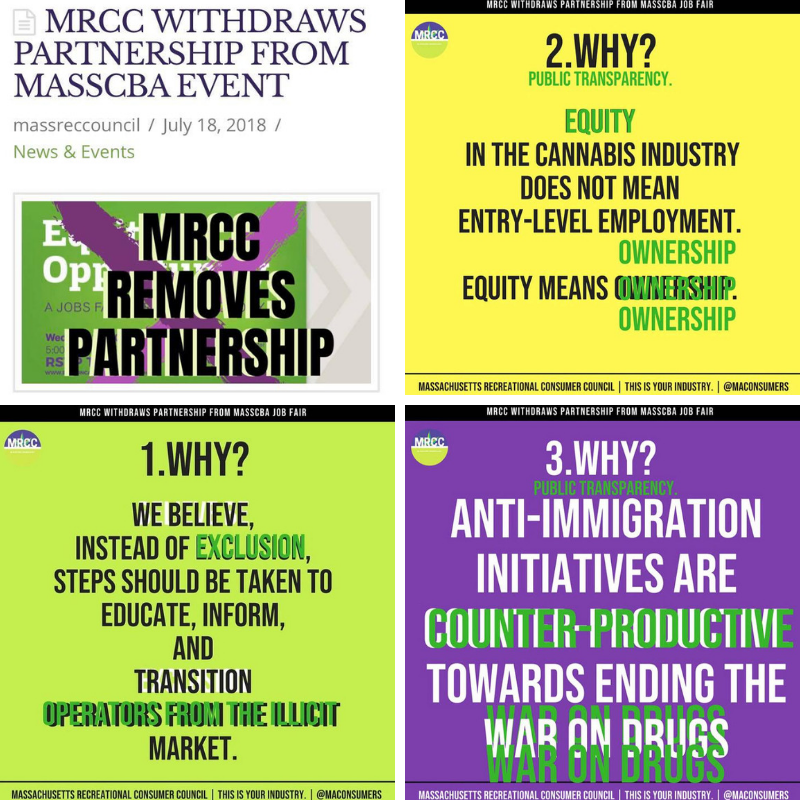 One of MRCC’s most controversial moments of 2018 occurred after our decision to withdraw partnership from the Mass CBA “Equity & Opportunity” Job Fair. Maintaining integrity and corporate responsibility in the cannabis industry is a core value of MRCC. Our initial rift with Mass CBA began several months prior to their organizational formation during the regulation-drafting process of 935 CMR. Affiliates of the cannabis trade organization publicly lobbied for RMD’s to have exclusive access to certain cannabis delivery licenses. Does that sound like equity to you?

The final straw was when we discovered that several participating multi-national cannabis companies like MedMen & Columbia Care have made political contributions to anti-immigration initiatives, which inadvertently perpetuate the drug war. We also found multiple employee complaints and lawsuits, and brought it to the attention of the organizers who did not see the importance in dialogue or community accountability. Thus, we decided upon keeping the $800 promotional stipend we received from Mass CBA and used it towards hosting an equity-focused community educational event, the 710 Sesh. 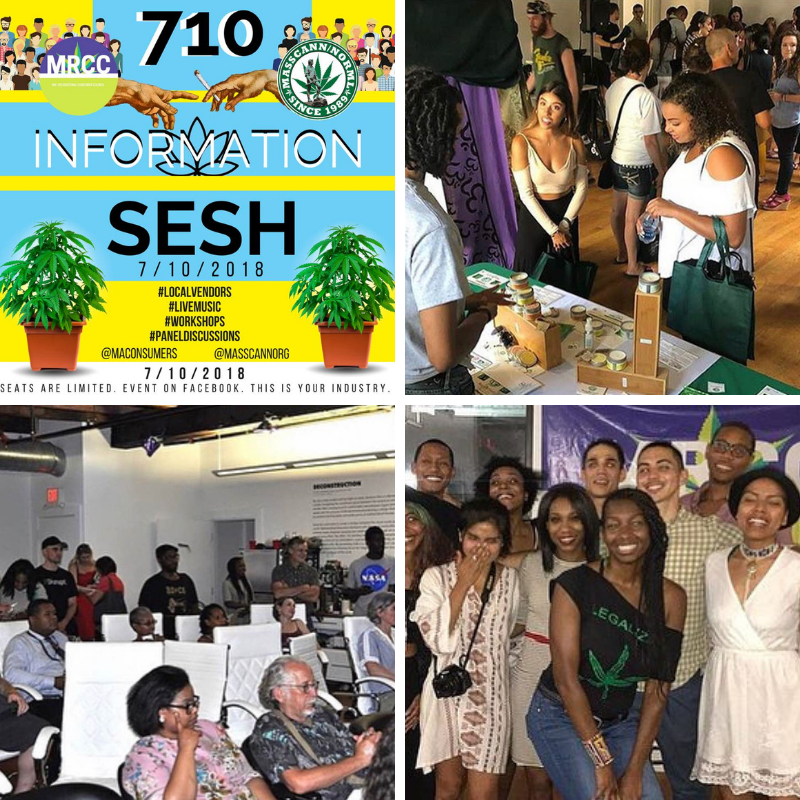 You’ve heard about 4/20, but what about 7/10? In July 2018, MRCC and our momma bear MassCann NORML hosted the first annual 710 Information Sesh (aka OIL Sesh) to highlight the importance of education around wax, dabs, and concentrates. This event brought together local communities, product vendors, and distinguished speakers to experience hands-on cannabis educational workshops, rosin pressing, live music, and informative panel discussions. This year’s info sesh was so HOT the fire department paid us a quick visit!

Small-Batch-Craft-Cannabis. It’s what the people want! 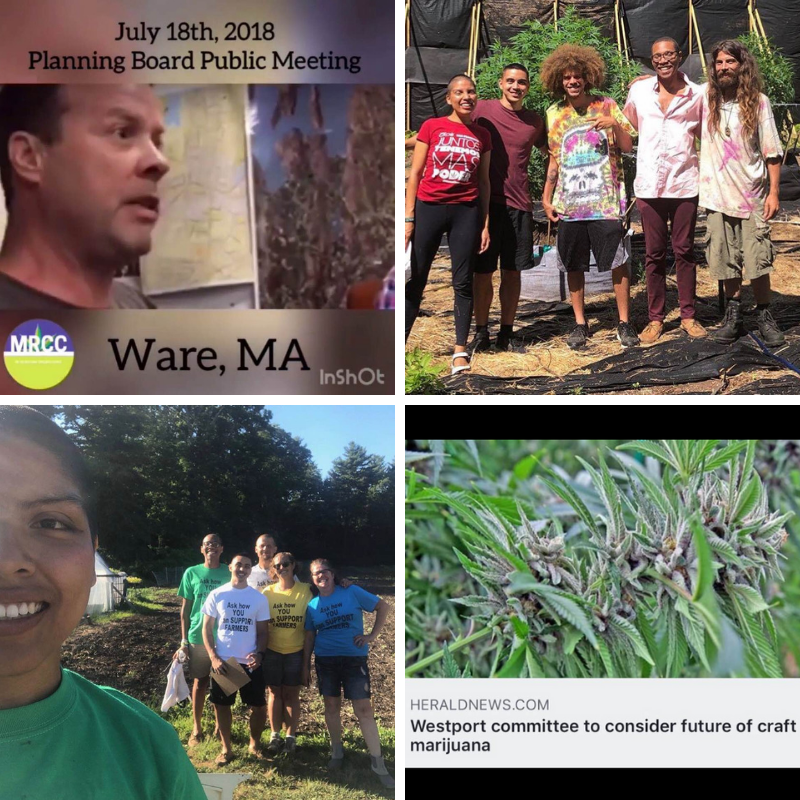 Not everybody wants to consume ‘Walmart weed’. Some of us enjoy the fire-quality, triched-out, sticky-icky that’s existed in our communities. The Massachusetts farmers who grow our local produce should also have the opportunity to supply the recreational market with small-batch, sun-grown cannabis, yet many are blocked out due to non-inclusive zoning policies and bylaws. This year, MRCC has partnered with farmers across the state, including Between The Rows and Farm Bug Co-op to ensure economic opportunities are extended to the farming community.

Repairing the damages of the past. 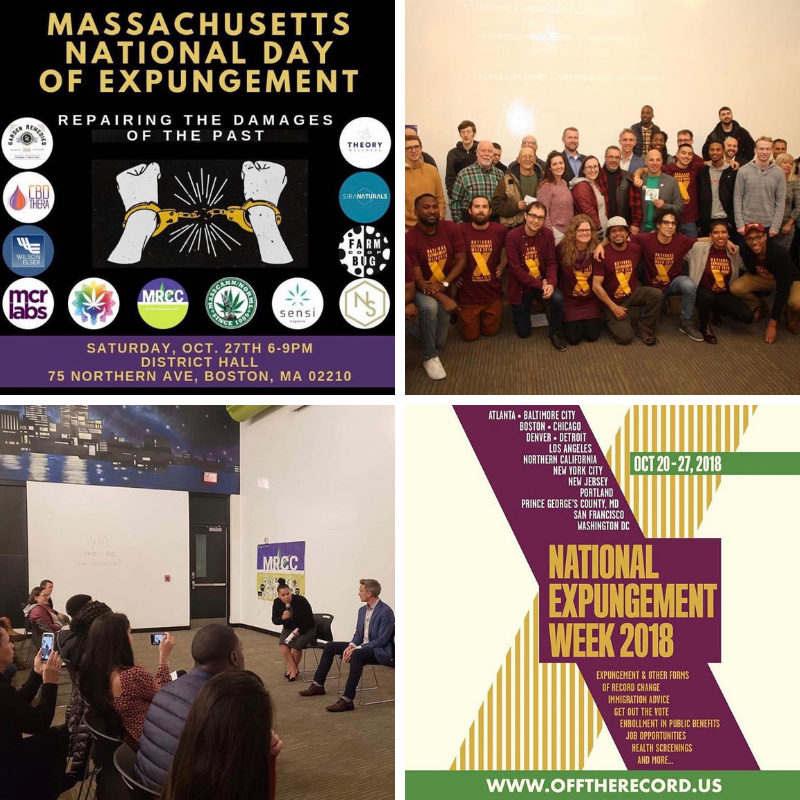 In October 2018, MRCC hosted the Massachusetts National Day of Expungement which featured a presentation on the new expungement laws in Massachusetts, on-site legal assistance and resources, cannabis employment resources, and industry networking opportunities for members of the inner-city Boston community. We also held a fiery debate between the two candidates for Suffolk County District Attorney Michael Maloney and Rachael Rollins. Personal accounts of the need for criminal justice reform were given by local Boston resident Erving Jean-Jaques and Niambe Tosh, daughter of the legendary Peter Tosh. Know someone who could benefit from an event like this? Join us at next years Massachusetts National Day of Expungement.

All POWER to the PEOPLE!

In 2018, MRCC reached 100 patreon members whose contributions support our organization’s work!! We are also pleased to announce, the Massachusetts Recreational Consumer Council was chosen to become one of the state's first Social Equity Program Vendors under the Cannabis Control Commission.

MRCC will specialize in providing guidance on municipal procedures and  help with the application process for individuals who have been previously disproportionately impacted by marijuana prohibition.

Thank you for supporting us this year.

These events helped bring awareness to local communities. We must work together as a community to create a safe, responsible cannabis industry in MA. We want to give a special shoutout to all of the incredible organizations MRCC has partnered with to accomplish our goal and our mission:

Thank you, it takes a community to make it happen. A special thank you to our advisors. We look forward to facilitating conversations and educating the public through events and collaborations in 2019.